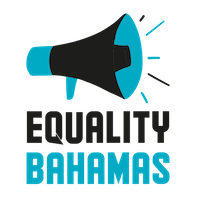 Equality Bahamas draws attention to the current situation wherein The Bahamas is in contravention with the Convention on the Elimination of All forms of Discrimination Against Women, Belem Do Para, and numerous other conventions with its Sexual Offenses Act which provides a definition of rape that ensures women have no legal recourse when sexually violated by their spouses. The issue has been raised numerous times including the 2009 tabling of the Marital Rape Bill by Loretta Butler-Turner and the statement by United Nations Special Rapporteur on Violence Against Women Dubravka Šimonović in 2017 following her country visit. Now, on the heels of participation in a meeting on reforming discriminatory laws convened by the Equality and Justice Alliance (EJA) in St. Lucia, Speaker of the House Halson Moultrie has made wrongheaded remarks spurring commentary from the public.

Moultrie clearly spoke from a personal point of view, allowing his religious affiliations to overshadow his role as a legislator. There is no way to simultaneously believe that a woman should have bodily autonomy and that, in a marriage, a spiritual oneness means one person cannot physically violate the other. It is clear that legislators know this is not true as charges can be pressed against a spouse for domestic violence.  Read more >>
Posted by Anthony Derek Catalano at 5:58 AM