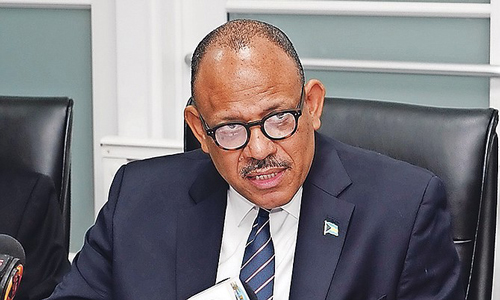 A PRIVATE plane carrying 14 people from China was denied entry to The Bahamas because of travel restrictions designed to fend off the fast-spreading coronavirus, which has killed more than 360 people.

This comes as Health Minister Dr Duane Sands told The Tribune that nine people have now been quarantined as part of the government’s policy of quarantining all returning residents who have visited China within the last 20 or so days.

Some of the quarantined residents are students studying in China.

Tourism Minister Dionisio D’Aguilar also said yesterday that the plane in question was among two denied entry, while a cruise ship experienced a delay disembarking its passengers because its paperwork was incomplete.  Read more >>
Posted by Derek Catalano at 4:57 AM