More Than 3,000 People Return to Rough Conditions on Abaco Islands

After Hurricane Dorian ripped through portions of the Bahamas earlier this year, many have since returned to rebuild and work in the Abacos Islands. 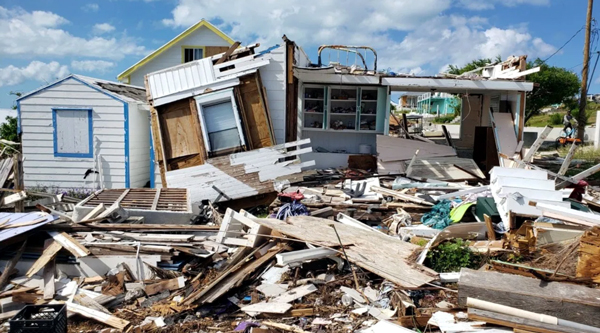 Damage on one of the outlying cays of the Abaco Islands. Many Bahamians returning to the Abacos are sheltering in badly damaged houses. (Andrew MacCalla/Direct Relief)

They’re sheltering in half-destroyed houses and bathing at humanitarian stations. Going without electricity and relying on word of mouth. Cleaning up the debris that covers the islands. Slowly but surely, people are returning to the Abaco Islands.

When the Bahamas hit the Abacos, only about 2,500 people remained out of a population of nearly 14,000.

That’s according to data provided to Direct Relief by David Morales, an information management and research officer at the International Organization of Migration, an intergovernmental group that tracks population movement among internally displaced persons, refugees, and migrants.

But now, according to the data Morales provided, which was also published in a November 5 situation report by the IOM, more than 3,000 people have returned to the Abaco Islands – making a total of over 5,500 people, some of them living without water or electricity.  Read more >>
Posted by Anthony Derek Catalano at 4:24 AM