Christie: No regrets not moving sooner on cannabis 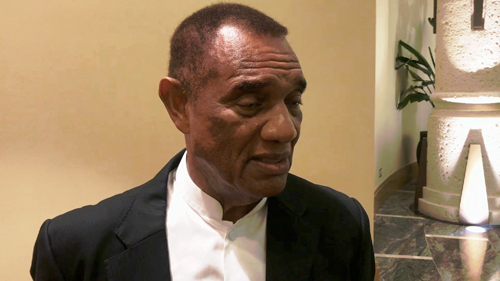 NASSAU, BAHAMAS – As the Minnis administration inches closer to its decision on marijuana regulation, former Prime Minister Perry Christie maintained he has no regrets not moving on it sooner.

However, Christie stressed The Bahamas must now conform to the global requirements that exist, as parts of America, Canada, Europe and countries throughout the Caribbean have moved legislation on the substance.

The former prime minister spoke to Eyewitness News following the Ecumenical Service in observance of Majority Rule Day at Christ Church Cathedral on Friday.  Read more >>
Posted by Derek Catalano at 6:13 AM