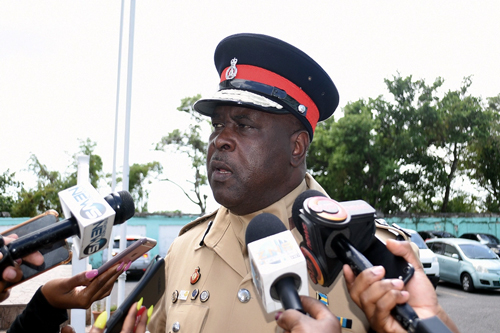 Commissioner of Police Anthony Ferguson said he supports the expungement of criminal records for individuals found with small amounts of marijuana.

“I think, you know, the simple thing is I support it,” Ferguson said when asked about the issue on Tuesday.

“Jesus forgives people and so why can’t we forgive people, particularly for those things that would hinder people from progressing? I support the initiative what is actually going on.”

His comments came after The Nassau Guardian revealed that a preliminary report by the Bahamas National Commission on Marijuana proposes the expungement of all police records reflecting possessions of small amounts of cannabis.  Read more >>
Posted by Derek Catalano at 5:10 AM