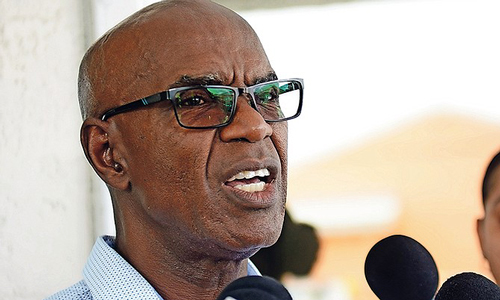 FATHER James Palacious is a reluctant supporter of marijuana decriminalisation, warning yesterday that legalising the psychoactive substance may be fair for some reasons but harmful to the country.

“I wish we could ban alcohol,” he said yesterday, “but that’s not possible, it’s not practical, they tried it, it went underground during prohibition and of course it persists today, so if alcohol is legal, marijuana perhaps should be too.”

The draft preliminary report of the Bahamas National Commission on Marijuana recommends the decriminalisation of up to one ounce of marijuana.

Several religious figures have expressed their views since the report’s leak.

Bahamas Christian Council President Delton Fernander said he will comment when the official report is released.  Read more >>
Posted by Derek Catalano at 4:55 AM