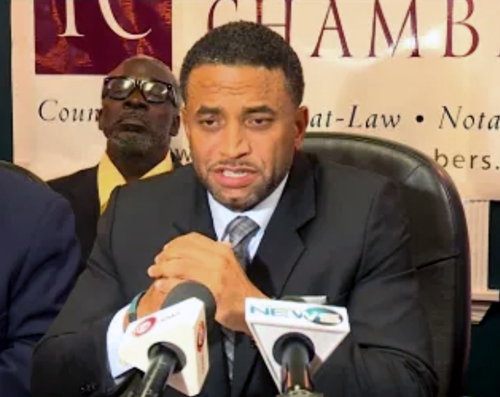 NASSAU, BAHAMAS — Former Democratic National Alliance (DNA) Leader Branville McCartney has encouraged the government to move “posthaste” to decriminalize cannabis in The Bahamas, insisting there is a huge potential to stimulate the Bahamian economy and create new entrepreneurs in a new industry.

“It is an industry like no other and we certainly need a new industry to put some life into this economy that we have, and I think that is one way of doing it,” said McCartney, who publicly expressed his support for the decriminalization of cannabis in May 2016.

“I would encourage this administration to move posthaste in that regard and the comments made by the prime minister a couple of weeks ago, that he supports that aspect of it, I do hope it comes to fruition.  Read more >>
Posted by Derek Catalano at 5:05 AM