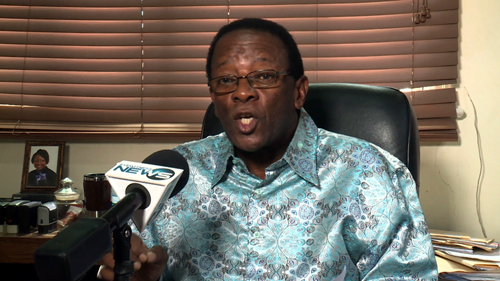 NASSAU, BAHAMAS – Citizens for Justice Bahamas (CFJB) Chairman Bishop Walter Hanchell yesterday put forth the NGOs support for medicinal marijuana, but insisted that it will not support recreational marijuana in The Bahamas.

In a statement, the group also expressed its support for the expunging of records of people who have been convicted for possession of small amounts of the substance.

However, CFJB noted that it will not allow the government to “ram” recreational usage of the substance down its throats, as was done with gambling referendum.

The comments follow the premature release of a preliminary report by the Bahamas National Commission on Marijuana, which recommended that the substance be decriminalized and persons be allowed to have a maximum of one ounce of the substance in their possession without prosecution.

The BNCM report has not been completed and remains under review by the commission.  Read more >>
Posted by Anthony Derek Catalano at 4:59 AM