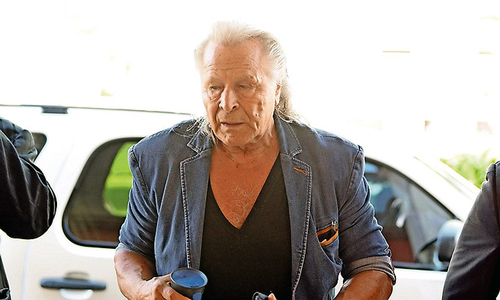 Canadian fashion mogul Peter Nygard was sentenced to 90 days in prison and fined in the Supreme Court on Friday after being found in contempt of court.

Nygard was not present for the hearing.

Justice Ruth Bowe-Darville handed down her judgment and sentenced Nygard to 90 days imprisonment and fined him $150,000, which is to be paid in the next seven days. If he does not turn himself over to police or pay the fine, the judge ordered that he would spend an additional 30 days in prison and fined $5,000 for each day the fine is unpaid.

Nygard has been the subject of numerous contempt orders and was sentenced on Friday for a contempt of court in a case centreing on the theft of emails from Save The Bays, an advocacy group. The emails surfaced in an affidavit exhibited by lawyer Keod Smith, one of Nygard’s Bahamian lawyers who represented the Canadian in an earlier contempt hearing. Later, the lawyers for STB secured an injunction preventing Nygard and Keod Smith from perusing, publishing or disseminating any information contained within the emails.  Read more >>
Posted by Anthony Derek Catalano at 6:13 AM