Residents on Green Turtle Cay say they haven't received help from the government since the hurricane and have resorted to burning their trash in an attempt to prevent disease. 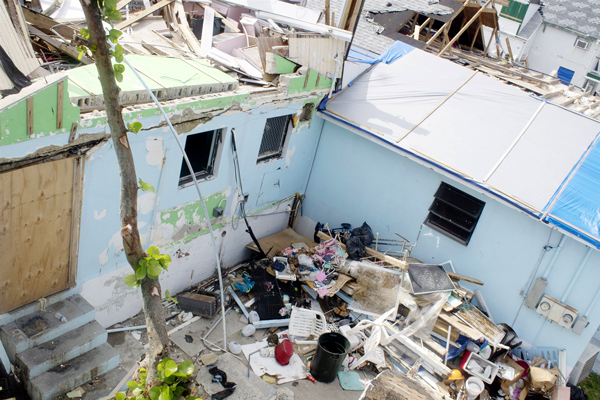 The 185-mph winds pounded Green Turtle Cay, a 3-mile-long barrier island, for more than 30 hours — flattening nearly half the structures and littering the streets with what used to be homes and businesses. In total, estimates suggest Dorian left 1.3 billion pounds of debris in its wake, which could cost $74 million to remove, according to the Ministry of Health.

“Our dump was completely full. The island had no choice but to burn it before garbage piled up,” said Dr. Pam Mobley, a retired anesthesiologist from Knoxville, Tennessee, who lost her vacation home in Green Turtle. She stayed after Dorian to stock and operate the island’s only medical clinic.

Mobley fears that without proper prevention efforts, disease could spread through the population, which numbers about 500 and with families sharing cramped spaces in whatever dry homes are still standing.  Read more >>
Posted by Anthony Derek Catalano at 10:46 AM