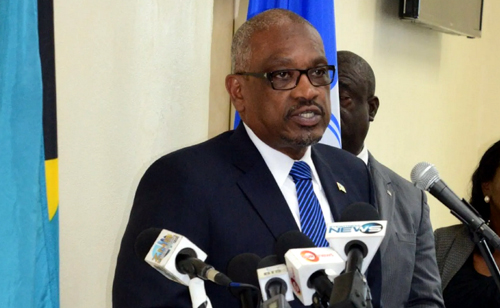 Minnis insisted his public support for decriminalizing marijuana will not influence the final report of the Bahamas National Commission on Marijuana (BNCM) during an interview with Eyewitness News.

The BNCM expects to deliver its highly-anticipated report in a matter of days.

Yesterday, Minnis said: “My decision will not influence that report. They are doing their work and they would do their work and I await their report.”

The prime minister confirmed his support of decriminalization in two separate interviews last week despite previously indicating he did want to force his personal views on the public.

In a statement released yesterday, he reiterated this stance and deepened his support for the records of Bahamians, who were convicted of possession of small amounts of the substance, to be expunged.  Read more >>
Posted by Anthony Derek Catalano at 8:00 AM