OUR ELECTED OFFICIALS REALLY HAVE SOME NERVE 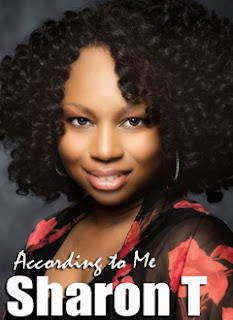 During debate on the government’s Rate Reduction Bond Bill which will result in higher electricity bills for BPL customers, Yamacraw Member of Parliament and Minister Elsworth Johnson said of Bahamians who are upset about the bill increase:

Really? So what do members of this administration think, that most Bahamians are only supposed to live to pay bills? Is the Bahamian way of life one where you must live like paupers and economic prisoners in order to afford the taxes that governments wake up and decide they will put on you?

Our money pays ministers like Mr. Johnson a combined base pay of $94,000 a year not including ministerial allowance and benefits. Non-ministerial MPs who also have government jobs take home a minimum of around $73,000 a year. How many Bahamians make anywhere near that figure?

The closest a good number of these MPs and their cronies have ever gotten to first class before May 2017 was walking past first class on the way to their coach seat, and five star hotels are what they scrolled past on Expedia as they searched for bare-budget accommodations.

The travel budget under this administration continues to grow. Ministers’ travel per diems have increased. They now have gas allowances for their vehicle. Some of them have never lived so good on our money that they now tell us we should not spend because of the mounting financial burden their tax increases are putting on us all.

As for our clothing, so we are all supposed to shop bargain basement, but they can be “fresh up” on our dime? Let’s see the labels on their suits, ties, shoes and the like since May 2017. Most Bahamians cannot afford truly expensive clothing, so one wonders what Mr. Johnson’s standard of expense is. Are we worth so little to them that something as basic as the clothes we choose and the pride attached to it must now be picked apart in our Parliament?

It is outrageous that a Minister of a government that has brought about the highest cost of living increases in the history of the country’s Consumer Price Index feels comfortable to stand in the Parliament we sent him to and down-talk Bahamians for spending their money on things other than taxes and fees.

Many Bahamians will never become owners of anything in their country other than debt because after trying to eat and pay basic bills, they have next to nothing left for anything else.

Meanwhile politicians become the ultimate insider traders by virtue of their new-found positions, cornering markets and securing investments that the average Bahamian will never be able to afford and will never be in-the-know to know about.

Why are our representatives looking at how many stamps are in our passports or what kinds of clothes we are wearing? Are we not worthy of a comfortable life, the kind of life our money is now enabling many of them to live?

Instead of coming to Parliament lecturing Bahamians on the proper way to struggle, come to Parliament with an actual plan to grow this economy so that more of us can have an actual shot at rising up out of a miserable life.

Visit Sharon-T on Facebook.
Posted by Anthony Derek Catalano at 6:42 AM