FIU researchers: there’s a 'window of opportunity' in the Bahamas for stronger building code enforcement 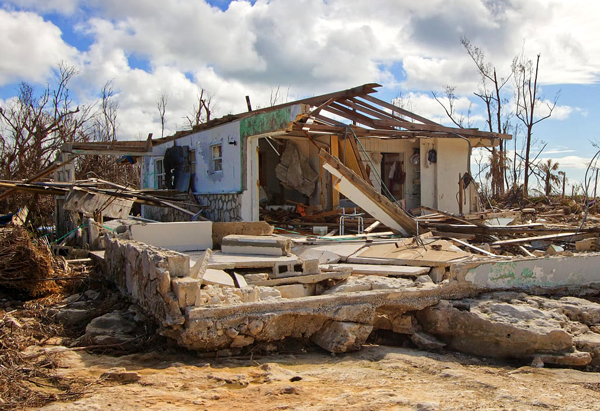 Most people in the Bahamas support the funding of stronger building code enforcement, based on the results of the first national survey of Bahamians conducted in the aftermath of Hurricane Dorian.

Hurricane Dorian was a very strong Category 5 storm when it hit and then stalled over the northwestern Bahamas islands of Abaco and Grand Bahama on Sept. 1-3.  Although the losses are still being tallied, Dorian killed at least 65 people and caused an estimated $7 billion in damages.  Less than four weeks later, interviewers from Public Domain, a Nassau-based research firm, surveyed by phone a random sample of 1,000 people across the island nation (with the exception of the hardest hit islands and people still in shelters). It was the first general public opinion survey fielded after Dorian hit, and at the request of FIU’s Extreme Events Institute (EEI), the firm added a set of questions designed to explore how Bahamians felt about building codes and building code enforcement—crucial policies for reducing future disaster losses.  Read more >>
Posted by Derek Catalano at 4:45 AM