Bahamas on the road to recovery 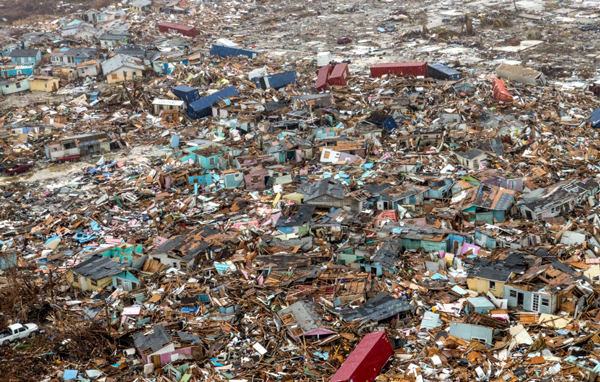 Abaco Island in the aftermath of Hurricane Dorian. Photo: UN

Catastrophic winds and storm surge have long since receded in the Bahamas, but the devastation caused by this summer’s Category Five Hurricane Dorian, the strongest in the country’s history, has left the islands staggering.

In Abaco and Grand Bahama there is rubble as far as the eye can see. The storm affected some 75,000 residents, many of whom were evacuated. Estimates suggest that there are nearly 1.7 million cubic metres of debris, with a clean-up price in the millions. Total property losses have been estimated at US$7 billion.  Read more >>
Posted by Anthony Derek Catalano at 6:10 AM