After Hurricane Dorian, one Bahama island is ready for the winter rush 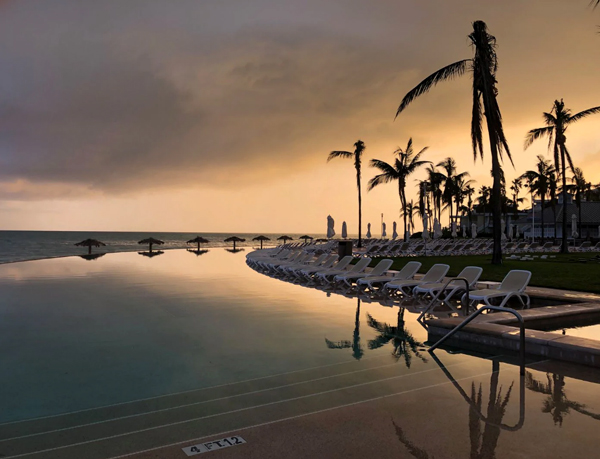 After Hurricane Dorian hit in September, Grand Bahama Island has started to rebuild in time for the holidays. Lighthouse Pointe at Grand Lucayan Resort was one of several hotels and attractions to reopen in October. (Andrea Sachs/The Washington Post)

Tip Burrows dropped a low-grade expletive when she saw the beach by Banana Bay Restaurant, on the south side of Grand Bahama Island.

“Holy [bad word]!” said the islander, peering into a freshly carved trench. “That wasn’t here before.”

Nearly two months after Hurricane Dorian battered the Bahamas, Tip, who runs the Humane Society of Grand Bahama, was still discovering new evidence of destruction. On this mid-October afternoon, she had unearthed an inlet on Fortune Beach. As if that weren’t alarming enough, the storm surge that had swept away a section of the beach had not come from the ocean lapping at Fortune’s feet. It had traversed the island from the north and pushed the sand out to sea like a scene from an eco-horror film.

“We lost two feet of beach,” said Danilo Rulli, the restaurant’s owner, “but it will slowly come back.”  Read more >>
Posted by Anthony Derek Catalano at 7:39 AM