Refuge from the storm 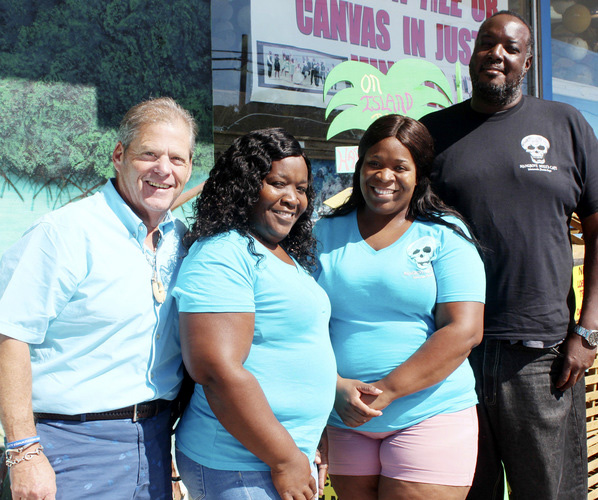 KEVIN WADLOW/Free Press Bahamian residents find refuge in Islamorada after their homes in the Abacos were destroyed by Hurricane Dorian. Mike Forster, left, of Mangrove Mike's Cafe and other Upper Keys residents arranged for Melonie Reckley, Nathilee Forbes and husband Jeffrey Forbes Jr. to stay at an Island Community Church property. See story on page 9A.

ISLAMORADA — “People were coming out of their houses, but there was nowhere to run,” Abacos resident Melonie Reckley described the chaos of destruction wrought by Hurricane Dorian.

“There was so much water. Light poles were down. Houses were flattened to the ground,” said Reckley, a resident of hard-hit Marsh Harbour on Great Abaco.

Reckley, joined by daughter Nathilee Forbes and son-in-law Jeffrey Forbes Jr., have been welcomed into the Islamorada community since the Category 5 hurricane slammed into the Great Abaco and Elbow Cay, along with smaller islands like Green Turtle Cay.

Despite living about a half-mile inland of Marsh Harbour’s shoreline, Reckley and her 11-year-old son were forced to run from their home to three other houses.  Read more >>
Posted by Anthony Derek Catalano at 9:07 AM