Editorial - Despite hurricane devastation, Bahamas should not deport Haitians to a dysfunctional country 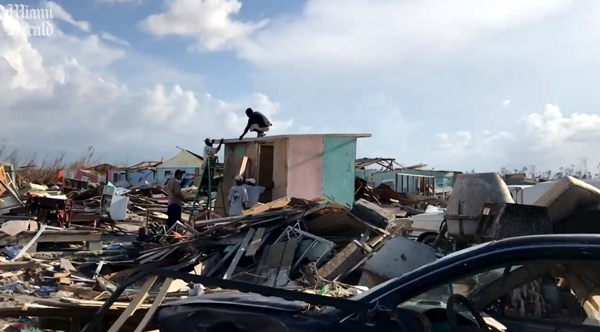 As the Bahamas looks to rebuild, some Bahamians and Haitian migrants are staying put.
By Pedro Portal.

By the Miami Herald Editorial Board

The Bahamas, for decades, has made clear that its Haitian residents, especially the undocumented, are not welcome. They are unfairly stigmatized, ostracized and bad-mouthed. But this is the worst time for the country to resume its iron-clad immigration policy of deporting Haitians who have been living in the Bahamas illegally.

In September, after Hurricane Dorian brought utter devastation to Grand Bahama Island and Abaco Island, Prime Minister Hubert Minnis declared that deportations would be suspended, a justified respite. Last week, though, he announced they would resume.  Read more >>
Posted by Anthony Derek Catalano at 7:08 AM