‘We Witnessed Dorian From Start To Finish. The Devastation, The Bodies, The Looting.’ 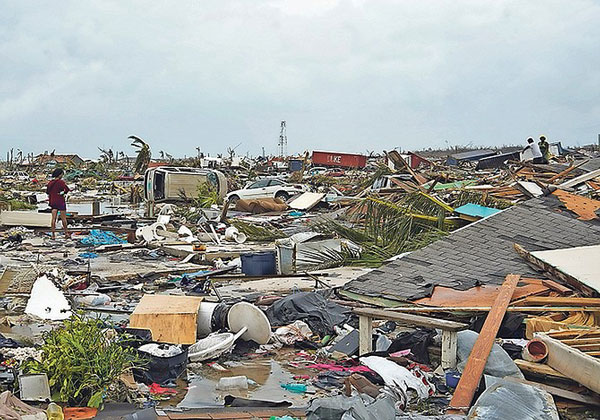 A scene of destruction in Abaco.

They went in thinking they were well prepared for Hurricane Dorian - but it turned into a week of hell for the reporting team from The Tribune, trapped inside Abaco first through the passage of the deadly storm itself and then trying to find a way out of an island cut off from the outside world. Reporter RASHAD ROLLE relives his experience inside an island affected by death, destruction, looting and people trying to find a way to get through the storm. With photographs and video by TERREL W CAREY.

It took little more than an hour for vast swathes of Abaco to be destroyed.

That's how long the most ferocious part of Hurricane Dorian blasted the island, tearing down buildings, sending storm surges across the island and killing many of the inhabitants.

The Tribune's team - myself and photographer Terrel W Carey Sr - had arrived on Friday ahead of the storm, and we thought we were prepared for the worst. We weren't. No one could be.  Read more >>
Posted by Anthony Derek Catalano at 8:34 AM