‘They’re asking me for the impossible’: Bahamians say feds keep them from flying to U.S. 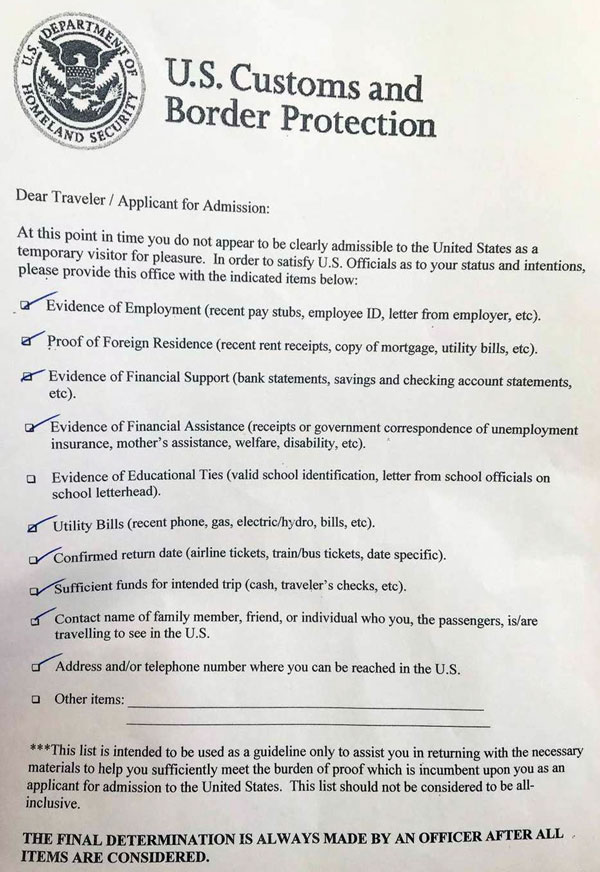 U.S. Customs and Border Protection is handing out these letters to evacuees denied entry to the U.S. in Nassau, requiring them to return with more documents.

Hundreds of Bahamian evacuees trying to fly to the United States have been turned away at the international airport in Nassau.

In addition to a passport, airline officials confirmed to the Miami Herald that U.S. Customs and Border Protection is now requiring some Bahamians to have U.S. visas instead of clean police records as the agency has required previously.

Several passengers — some with visas, some without — who made it to Miami International Airport on Wednesday evening told the Herald that they are only allowed to stay in the country for two weeks. Travelers from Abaco and Grand Bahama are being subjected to extra screenings by U.S. immigration agents in Nassau, passengers and airline officials say.

The more in-depth screenings represent a dramatic departure from the fluid immigration relationship that existed between the U.S. and the Bahamas prior to Hurricane Dorian.  Read more >>
Posted by Derek Catalano at 11:15 AM