The Bahamas and the Caribbean Have Withstood Hurricanes for Centuries

Europeans came to the islands unprepared for the destructive storms, even as indigenous people understood their massive power 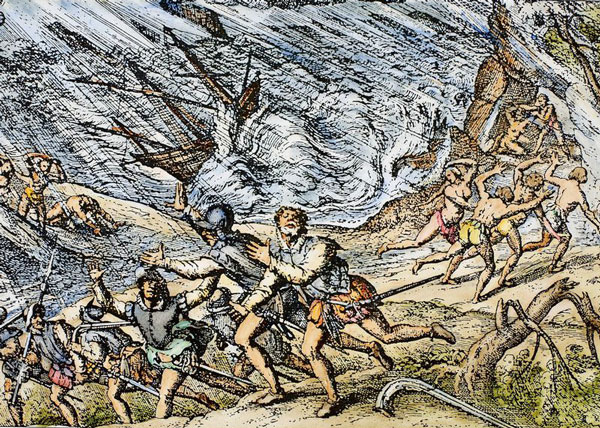 The Bahamas were spared this past weekend when Tropical Storm Humberto's 70 mph winds just brushed by the islands. Only two weeks earlier, they were not so fortunate as Hurricane Dorian caused such havoc to the country that the full extent of the damage has yet to be accounted. The Category 5 behemoth rampaged through the upper Bahamas with record-setting windspeeds, then lethally paused its forward motion over Grand Bahama for more than a day, allowing its destructive eyewall to spin in place. The storm's 185 miles-per-hour winds splintered homes and whipped up a storm surge that swallowed the land. An international effort is searching for the 1,300 people (as of this writing) still missing.  Read more >>
Posted by Derek Catalano at 6:50 AM