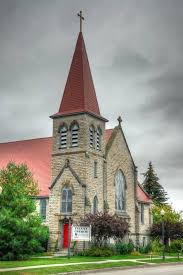 ALPENA — As we head into our so far mild fall here in Michigan, some people in our community are thinking about those 1,400 miles away, who have experienced the worst weather in recent history.

David Delano, music director at Grace Lutheran Church, decided to organize a coffeehouse music evening at the church to raise funds for those suffering from the destruction caused by Hurricane Dorian.

Proceeds from Wednesday’s event, at 7 p.m. at Grace Lutheran Church, will go toward those in the Bahamas dealing with the aftermath of the storm.

“I am doing this event in coordination with Grace Lutheran Church to raise money for the devastating effects that Hurricane Dorian had on the Bahamas,” Delano said. The effort will focus specifically on the places that received the most damage — Grand Bahama Island and Great Abaco Island. “Those two were the hardest hit in Dorian, which is the worst hurricane they’ve ever seen there. I mean, whatever happened scientifically to make the storm just park over the Bahamas for 30 hours, with winds strong enough that if they had a Category 6 they would have classified it as that, but it doesn’t exist. … Just complete, massive destruction.”  Read more >>
Posted by Derek Catalano at 6:19 AM