Miami lawmakers agree on TPS for Venezuela, Haiti. Why is the Bahamas different? 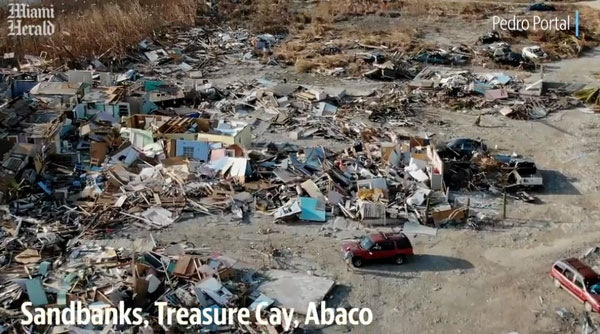 As the Bahamas looks to rebuild, some Bahamians and Haitian migrants are staying put.

National Democrats are using the White House’s decision not to grant Temporary Protected Status for the Bahamas after Hurricane Dorian as a political argument against the Trump administration’s immigration policies.

Five presidential candidates signed onto a bill introduced by Democratic New Jersey Sen. Bob Menendez on Thursday, a day after media reports emerged that the White House wasn’t considering TPS for the Bahamas. They argued that the U.S. has a moral responsibility to accept hurricane victims.

“Hurricane Dorian devastated the Grand Bahama and Abaco islands and swept away homes and livelihoods, but the Trump administration made the heartless decision not to help those impacted,” Sen. Elizabeth Warren, D-Mass., said in a statement. “The U.S. has a moral obligation to grant Temporary Protected Status to Bahamians struggling to survive after this disaster.”  Read more >>
Posted by Anthony Derek Catalano at 4:55 AM