Long scorned in the Bahamas, Haitians living there fear what comes next after Dorian 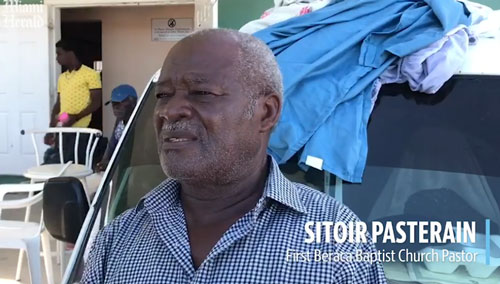 
BY JACQUELINE CHARLES AND JIM WYSS

Hurricane Dorian, the most catastrophic storm to hit the Bahamas, has upended everyday routines.

On Sunday, the St. Francis Catholic Church, an imposing round structure on a hill in Abaco, was still being used as an emergency shelter. All of its occupants were Haitians and Haitian Bahamians.

It was one of the few churches standing in a Haitian community where many houses of worship either collapsed or were partially destroyed.

“This storm did not carry only houses but ... people too, so many people get killed they don’t have time to pick them up,” said Pasterain Sitoir, 78, the pastor of First Beraca Baptist Church, where more than 200 people took shelter and survived. “In the next couple of weeks this will be a dangerous place to be.”  Read more >>
Posted by Derek Catalano at 5:15 AM