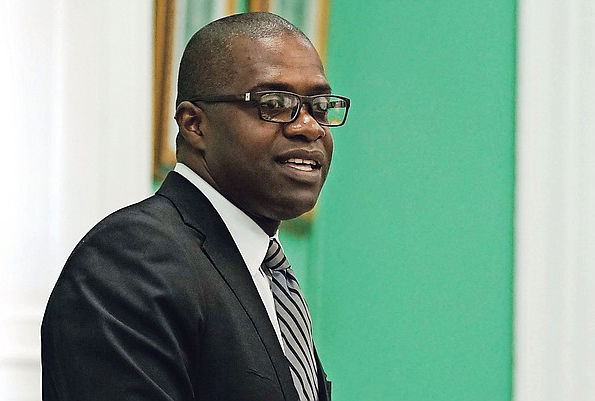 IMMIGRATION Minister Elsworth Johnson has hit out at the burgeoning wave of anti-Haitian rhetoric in the aftermath of Hurricane Dorian, asserting that much of the information being circulated is “downright wrong” and not condoned by the Minnis administration.

Mr Johnson, in an interview with The Tribune, said the government disavows any “hate messages” towards members of the Haitian community, and that any person found “exhibiting the intention to cause harm or hurt to anybody will be dealt with in accordance with the law.”

However, Mr Johnson warned against the misinterpretation of persons defending the Bahamas’ immigration laws as anti-Haitian rhetoric, or “conflating” them to the level of hate speech.  Read more >>
Posted by Derek Catalano at 6:24 AM