Hurricane Dorian destruction set to cost Bahamas 'up to billions' 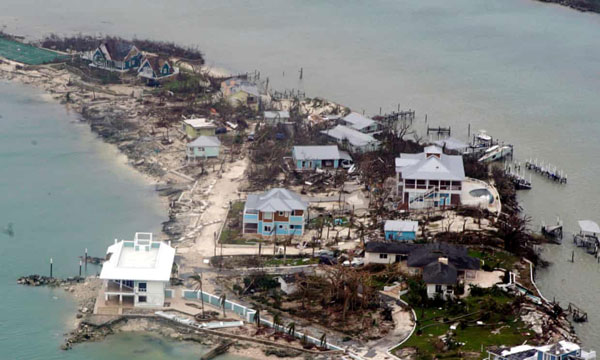 The destruction caused by Hurricane Dorian in the Bahamas could cost “hundreds of millions, if not billions” of dollars to repair, according to the deputy prime minister, as aerial images showed whole neighbourhoods destroyed.

With the death toll climbing to seven and scores more still missing, helicopters operated by the US Coast Guard among others were delivering emergency supplies to residents on the Abaco Islands and Grand Bahama, the two worst hit locations in the Caribbean nation’s north.  Read more >>
Posted by Derek Catalano at 5:42 AM