Estimated 2,500 names on list of the missing in Bahamas after Dorian 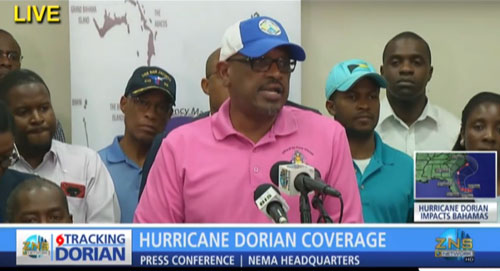 A tentative list of the missing in the Bahamas after Hurricane Dorian has 2,500 names, officials reportedly said Wednesday.

However, the nation’s government said those names haven’t yet been checked against rosters listing those who have since evacuated from the islands or are staying in shelters in light of the mass devastation from the storm, according to The Associated Press.

As a result, the list of those missing is likely to shrink, Carl Smith, a spokesman for the Bahamas’ National Emergency Management Agency, told the AP.  Read more >>
Posted by Anthony Derek Catalano at 11:00 AM