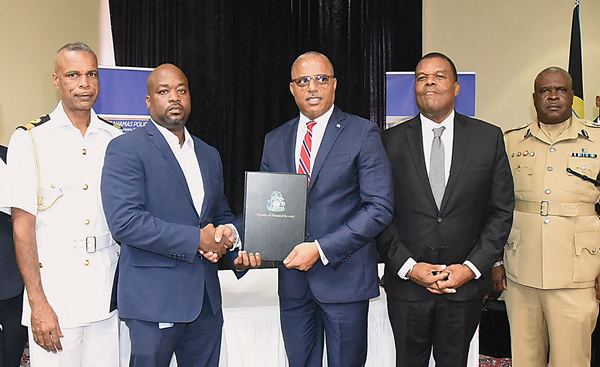 The government signed a contract valued at over $5 million yesterday with Proficient Business Services for 507 closed-circuit television (CCTV) surveillance cameras, which will be strategically placed in areas known to be hotspots for crime.

“As always, the most appropriate course of action is to prevent crime,” he said.

“Research suggests that strategically placed cameras do have an impact on CCTV’s ability to reduce pre-meditative and property crime.

“However, where that fails, CCTV will aid in criminal investigations.”  Read more >>
Posted by Anthony Derek Catalano at 6:56 AM