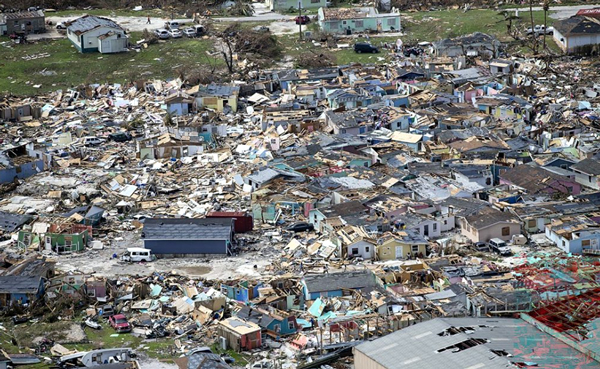 The Bahamas isn’t wasting any time, pitching itself to the press in New York on Wednesday. It needs to quickly revive the tourism economy to have the funds to rebuild after Hurricane Dorian. Heading into peak season, tourism officials are pushing hard.
— Jasmine Ganaishlal

That has been the motto for the Bahamas and part of its coat of arms for decades. But in New York City on Wednesday, a top Bahamian tourism official said the words are taking on a new meaning. He joined with travel advisors less than a month after Hurricane Dorian devastated portions of his home country to send a message: We’re open for business.

The trip to New York comes just weeks ahead of the peak tourism season in the Bahamas.

“When you say that the Bahamas is devastated, you’re really affecting the tourism industry,” said Ellison “Tommy” Thompson, deputy director general of the Bahamas Ministry of Tourism and Aviation.

An estimated $2 billion worth of reconstruction is needed to get the islands back from Dorian, which had stalled for 36 hours over the Bahamas and killed 20 people. Sixty percent of the economy of the Bahamas relies on travel. Thompson wants visitors to know that, for now, it won’t be the “picture perfect brochure visit.” Dorian stripped out about 20 percent of its tourism business, he said in response to a question from Skift. That’s why he said it was important for people to come.  Read more >>
Posted by Anthony Derek Catalano at 7:22 AM