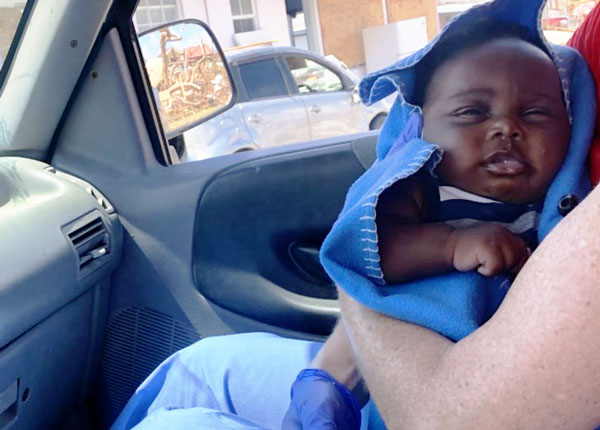 Dr. Gwen DeLeon leaves "The Mudd" with a baby in her lap - she says he would've died if he wasn't found

MIAMI (CBS12) — More than two weeks after Hurricane Dorian tore through the Bahamas, relief workers and doctors are now returning home with harrowing stories of their rescue missions.

Dr. Gwen DeLeon returned to her regular job as a trauma surgeon at the Aventura Hospital on Monday after spending four days assisting survivors in some of the hardest hit areas in the Abaco Islands.

During one search and rescue mission, the doctor received a tip about a child dying in a shantytown near Marsh Harbour called "The Mudd."

The primarily Haitian neighborhood is mostly evacuated, but Dr. DeLeon says there are some immigrants still living in the destruction who didn't want to be found.  Read more >>
Posted by Anthony Derek Catalano at 7:23 AM