After Dorian's direct hit on Bahamas, a scene of 'total devastation' 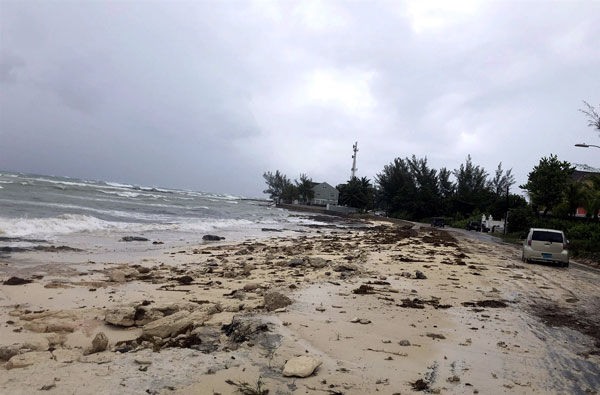 The waves near the beach during the approach of Hurricane Dorian on Sept. 1, 2019 in Nassau, Bahamas.Lucy Worboys / AFP - Getty Images

Hurricane Dorian tore across the Bahamas on Sunday as a historically powerful hurricane, officials said, leaving scenes of devastation in its path.

When the Category 5 hurricane made landfall on Great Abaco Island, east of Miami, on Sunday at 2 p.m., Dorian's maximum sustained winds were 185 mph — an Atlantic hurricane record matched only by a storm that struck the Florida Keys in 1935, the National Hurricane Center said.

Prime Minister Hubert Minnis broke down in tears at a news conference where he said he could only hope that those who refused to evacuate would survive the storm, the Nassau Guardian reported Sunday.  Read more >>
Posted by Derek Catalano at 5:13 PM