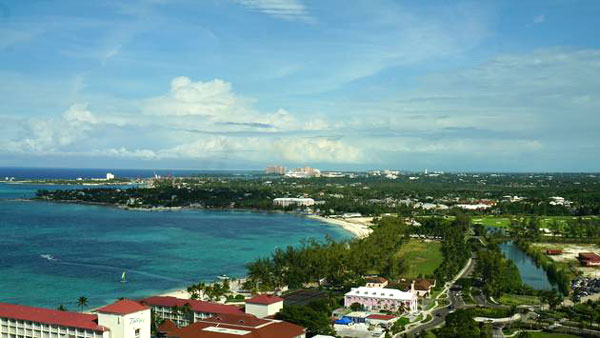 The Bahamas recorded strong visitor growth in the first six months of 2019. (Photo by Brian Major).

Already one of the most popular warm-weather destinations, the Bahamas is experiencing booming tourism growth on land and sea in 2019, according to a June Central Bank Bahamas report. The territory’s visitor arrivals grew by 13.2 percent in the first six months of the year, outpacing the 3.1 percent increase recorded during the same period in 2018.

Accordingly, the Bahamas’ air arrivals increased strongly—by 17.5 percent—within the same time frame, surpassing the already impressive 15.0 percent growth achieved in 2018. The territory’s cruise passenger arrivals also increased significantly during the first half of the year, growing by 11.8 percent to reverse a 0.2 percent decline generated during the same period in 2018.  Read more >>
Posted by Derek Catalano at 6:57 AM