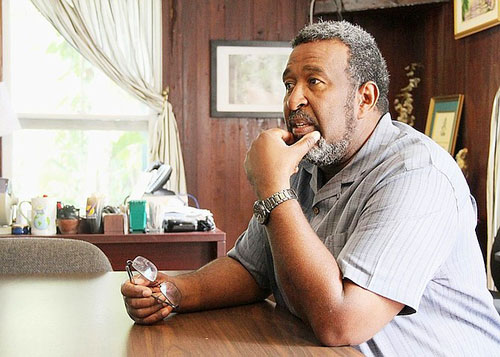 THE death of an American woman from a shark attack in Bahamian waters has presented significant challenges to conservation efforts.

Bahamas National Trust executive director Eric Carey pointed to “back channel” campaigns to introduce legal provisions that would justify killing a shark under certain circumstances following the death of 21-year-old Jordan Lindsey. His comments come as researchers at the Cape Eleuthera Institute (CEI) celebrate hard-won scientific breakthroughs that have crystallised the country’s global reputations as a leading site for shark conservation and protection.

The college student died from a shark attack off Rose Island on June 26 as researchers descended on a mission to successfully satellite tag a deep-sea bluntnose sixgill shark some 500m beneath the surface in Exuma Sound. Read more >>
Posted by Derek Catalano at 7:38 AM