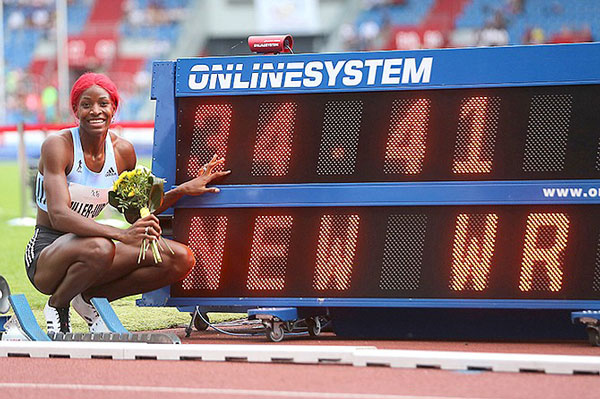 With the IAAF World Championships just three months away, Shaunae Miller-Uibo has shown that she's in tip-top shape in pursuit of her first world title.

Competing at the 58th edition of the Golden Spike Ostrava, an IAAF World Challenge Meeting in the Czech Republic on Thursday, Miller-Uibo clocked 34.41 seconds to win the rarely contested women's 300 metres.  Read more >>
Posted by Derek Catalano at 4:20 PM