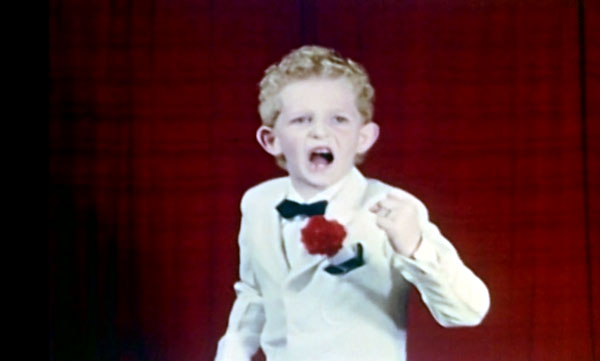 Hugh Marjoe Ross Gortner (born January 14, 1944) is a former evangelist preacher and actor. He first gained public attention during the late 1940s when his parents arranged for him at age four to be ordained as a preacher, due to his extraordinary speaking ability. He was the youngest known in that position. As a young man, he preached on the revival circuit and brought celebrity to the revival movement.

In his early career as the 4-year-old "World's Youngest Ordained Minister," Hugh Marjoe Ross Gortner became a 'Miracle Child' extraordinaire. Preaching gospel from memory and performing faith healings, he drew capacity crowds as he barnstormed throughout the Bible Belt. Marjoe (the name a combination of "Mary" and "Joseph") eventually became disillusioned with what he considered a huge deception and withdrew from the scene entirely during his teen years. But his God-given talents for drawing an audience and public speaking were to be put to good use later on.  Read more at IMDB >>
Posted by Derek Catalano at 9:01 AM