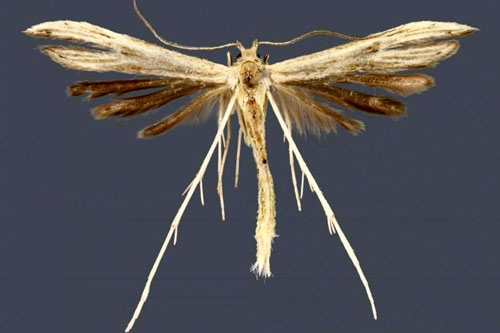 Hellinsia lucayana is one of four new plume moth species discovered living in the Bahamas. Photo by Deborah Matthews/Florida Museum

June 7 (UPI) -- Scientists have identified four new species of plume moths in the Bahamas. Plume moths are a family of small moths with uniquely modified wings.

Plume moths are named for the fringelike scales that adorn their wings. When extended, the outline of the mosquito-sized moths resembles a tiny star.  Read more >>
Posted by Derek Catalano at 4:35 AM