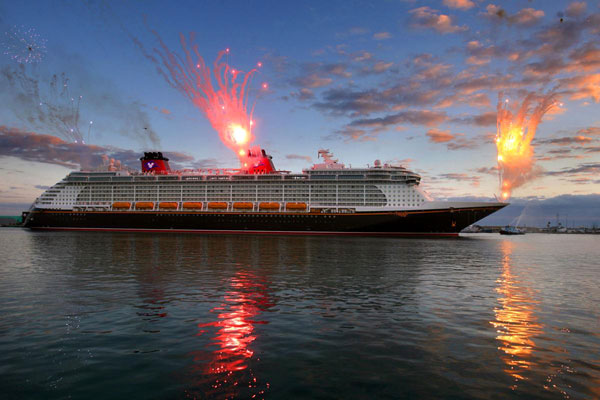 Disney Cruise Line has revealed where it's sending its four ships in fall 2020, the final year before the line welcomes a new ship to its fleet.

Disney Dream and Disney Fantasy, which debuted in 2011 and 2012, respectively, will continue to call Port Canaveral home. Disney Dream will do three- and four-night sailings to the Bahamas while Disney Fantasy will handle the seven-night Eastern and Western Caribbean duties, but also have a few three- and four-night Bahamas sailing as well one five-night Bahamas trip with two stops at the Disney private island Castaway Cay. The youngest ship in the fleet, Fantasy will also sail one six-night and one eight-night Caribbean option.  Read more >>
Posted by Anthony Derek Catalano at 5:11 AM