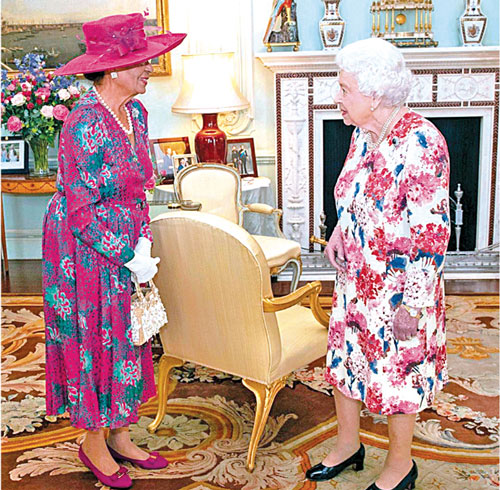 The royal family announced in an Instagram post yesterday that Dame Marguerite Pindling is relinquishing her appointment as governor general of The Bahamas.

According to the post, Queen Elizabeth II held an audience with Dame Marguerite at Buckingham Palace.