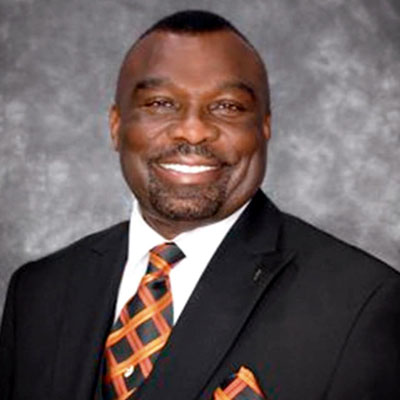 Re: Resignation as Area Vice President for Northern Bahamas District

I was shocked and dismayed regarding the proceedings at the recent Bahamas National Baptist Missionary and Educational Convention. The level of ineptitude regarding the organization of simple worship services, the enormous disregard for the sacred in the holy house, the total indifference to fundamental procedures concerning the convention’s finances and the absolute abandonment of biblical and theological preaching were all, to say the least, appalling.

And what is even more disconcerting, we had a number of persons who were willing to stand to the floor and defend this chaotic, unspiritual nonsense, spewing their rancid and meandering drivel. Obviously, for a particular constituency of Baptist, this is all a game. No standards are required. Integrity has been thrown out of the window; ethical boundaries have been erased. Any Tom, Dick, Harry or Sue buys a doctorate degree out of the back trunk of someone’s car or from some street peddler or some bogus school then parades around calling themselves doctors of theology. Most of them can hardly string together two coherent sentences. It is scandalous. We Baptist now give any jackleg preacher power and responsibility, as long as that person is the highest bidder. Historically, with all our flaws, Baptists have been better than this! What happened to us?!

In this present critical moment, what we Baptist appear to want to ignore is that we have a crisis in leadership. It is quite apparent by now, even to the dullest among us, that our President, Rev. “Dr”. Lloyd Smith, is not fit for this high office. From my uncelebrated observation, he has neither the temperament, the theological depth, the understanding of matters relating to the sacred house, the people skills or the moral character to hold such a position.

In addition, we have had an Executive Secretary in recent months, Rev. Trajean Jadorette, who resigned under suspicious circumstances. It is my understanding that he pointed out some improprieties in the present administration. Notwithstanding his principled protest, no officer of the convention had the moral courage to thoroughly investigate Rev. Jadorette’s claims. So business went on as usual. Consequently, we all had to suffer that embarrassing public humiliation on President’s Night and that offensive and inexplicable poppycock of a financial report.

To offer full disclosure, I had every intention of voting for Rev. Smith in the past election, had an actual voting occurred. I even wore his paraphernalia. Having remained on the periphery of the convention since returning home from seminary in 1985, both by choice and by banishment because of the disregard the convention holds for churches and ministers outside of New Providence, I was convinced by my good friend that Rev. “Dr”. Lloyd Smith was the best choice for the convention. My friend’s reasoning was that the convention was in financial trouble and that Rev. Smith had the ability to bail us out. I objected, pointing out Rev. Smith’s lack of training at a legitimate institution of higher learning and his lack of facility with the English language, among other unmentionables.

Perhaps, it was Rev. Smith’s offer to me of becoming President of the Baptist College upon his ascendency that silenced my prophetic tongue and inflicted me with hysterical and spiritual blindness. So I acquiesced. I compromised. I yielded. I now repent, in contrite tears. I am complicit in helping to elect the most unprepared and unqualified president in the history of Baptist, solely on the basis of money and favor. Moreover, I accepted the token vice presidency of the Northern District. All of it makes me despicable and ashamed. May the Lord have mercy on my wretched soul!

This letter, therefore, may not only be one of resignation and the reasons for such, it may also be an act of repentance, a seeking of redemption. That notwithstanding, someone has to say that the Emperor is necked. I heard much testimony during the convention of what a tremendous builder Rev. Lloyd Smith has been and of his significant contribution to the development of the physical assets held by Baptist. I, too, now join that chorus in thanking him for his involvement in this regard. I hardly think, however, that this should be sufficient reason to reward him with the highest office in ‘Baptistdom’, an office for which he is sadly unfit. If the collective body can’t muster the moral decency, the testicular fortitude or the ovarian audacity to remove this president from office forthwith, it may happily continue with this embarrassing travesty, but I cannot.

I tender my resignation effective immediately.

Yours committed to the work
Dr. Keith A. Russell


(via) BahamasPress.Com
Posted by Anthony Derek Catalano at 8:44 AM