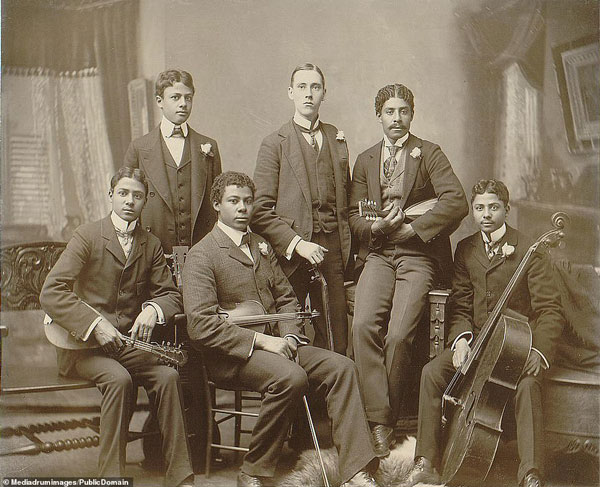 A musical ensemble from the US. This photograph was exhibited at the 1900 Exposition Universelle (World Fair) in Paris. Music would be a release for many equal rights activists over the coming decades.

Incredible photos from the turn of the 20th century were included in a bold and spectacular Parisian exhibit designed to promote racial equality in the wake of the American Civil War.

Around 120 years ago African American scholars, writers, and intellectuals faced a race against time to build and present a display which would be seen by tens of millions of people and had the potential to alter the course of history.

In 1899, African American lawyer Thomas Calloway had an idea for an exhibit for the upcoming 1900 Exposition Universelle (World Fair) in Paris.  Read more >>
Posted by Anthony Derek Catalano at 12:48 PM