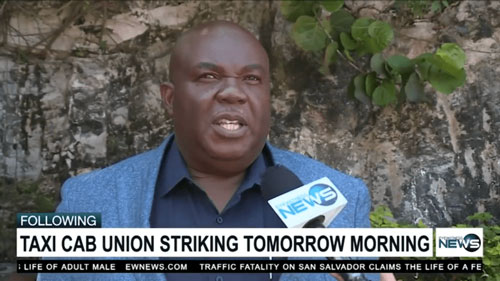 Union president alleges taxi drivers are being victimized at RTD

President of the Bahamas Taxi Cab Union, Wesley Ferguson, told Eyewitness News yesterday that the union has made several attempts to sit down and negotiate with Minister of Transport and Local Government, Renward Wells, but to date, there was no favourable response.

As it now stands, Ferguson said the union has had enough.  Read more >>
Posted by Anthony Derek Catalano at 5:05 AM