Solved: How the ‘Monstrous’ Iguanas of the Bahamas Got So Darn Big 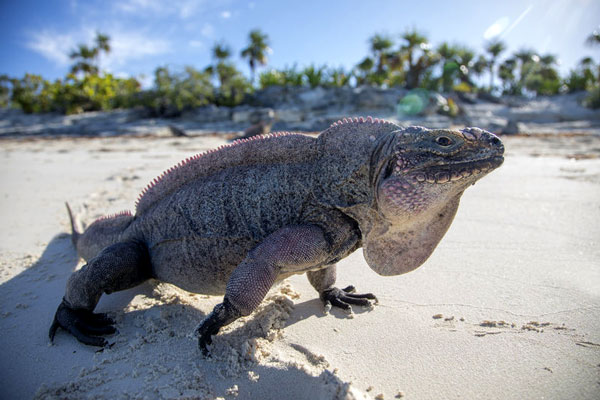 An Allen Cay iguana strolling along the beach. PER BREIEHAGEN/GETTY IMAGES

AMONG THE MOST POPULAR TOURIST attractions in the Exumas—a chain of more than 365 tiny islands, or cays, in the Bahamas—are the famous swimming pigs. But for those who prefer to glimpse the native wildlife, iguanas are the real stars.

An endangered subspecies of iguana called the Allen Cays rock iguana has drawn John Iverson, a biology professor from Earlham College in Indiana, to the Exumas for the past four decades. These iguanas were once confined to just two islands, Leaf Cay and U Cay, but by the late 1990s Iverson noticed some had spread to nearby islands, especially Allen Cay. The simple explanation was that winds and currents had whisked baby iguanas across the 300-foot-wide channel separating Leaf and Allen Cays. There was just one problem: The iguanas on Allen Cay were relative giants, twice as long and six times as heavy as their counterparts on other islands.  Read more >>
Posted by Anthony Derek Catalano at 11:56 AM