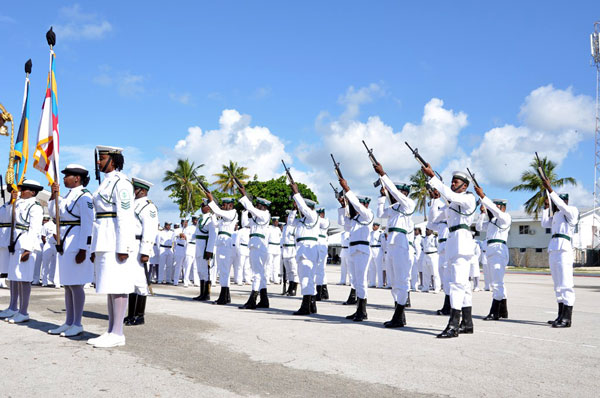 The RBDF Honor Guard paying tribute to the four fallen marines of HMBS FLAMINGO at the 39th Annual Memorial Service on May 10, 2019.

Coral Harbour Base, 11 MAY ‘19 (RBDF): The four marines who lost their lives during the sinking of HMBS Flamingo by Cuban military jetfighters 39 years ago were remembered on Friday past at the Defence Force’s Coral Harbour Base.

Wreaths were laid at the HMBS FLAMINGO Park and Monument, and the water’s edge at Coral Harbour Base by government officials and dignitaries, led by the Governor General of the Commonwealth of The Bahamas, Her Excellency The Most Honorable Dame Marguerite Pindling during the 39th Annual Memorial Service.  Read more >>
Posted by Derek Catalano at 5:58 AM