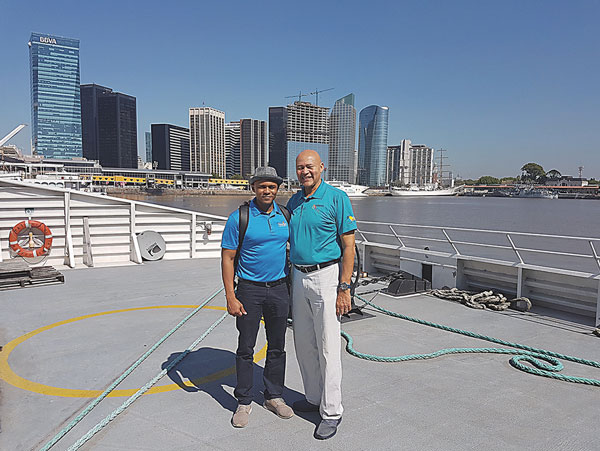 If you feel a sense of excitement building, it usually portends the beginning of something dramatic, something unexpected, or something new. Tourism Adventures Limited captures all three.

But it is more than just a beginning; it is a new beginning. You see, Tyrone’s dad (and namesake) was the entrepreneur behind – and founding president of – Bahamas Fast Ferries Services Limited which introduced a 35 knots per hour, high speed inter-island ferry service between Nassau, Spanish Wells and Harbour Island and Eleuthera in 1999. And “Bo Hengy” was his great grandfather. This provides a strong working knowledge to guide the success of the Tourism Adventures Limited model.  Read more >>
Posted by Derek Catalano at 4:11 PM