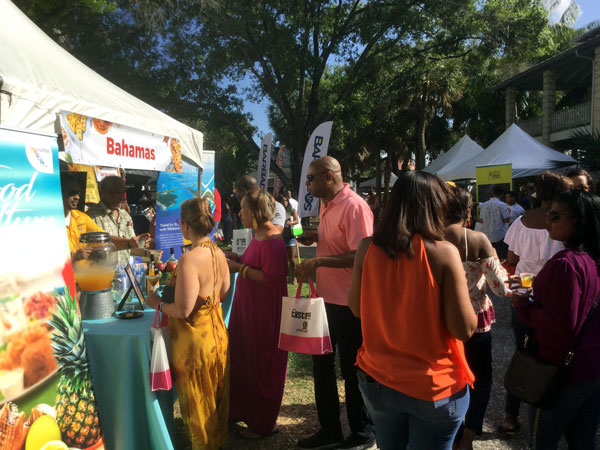 FORT LAUDERDALE, FL –April 29, 2019 – The crowds in attendance at the recent Taste of The Islands Experience, downtown Ft. Lauderdale, Florida, were wowed and just could not get enough of the drink prepared for tasting by Bahamian mixologist, Marv Cunningham.

The line was long at the Bahamas booth during the South Florida food and drink tasting event, which took place at History Fort Lauderdale.  Many festival goers kept returning to taste more and more of the “Tallest Mango Tree drink.” The Bahamas was only one of the many Caribbean Islands participating in the event and providing tastings of food, desserts and spirits.

The Bahamas’ popular drink at the event, ‘The Tallest (loaded) Mango Tree,’ featured the Kalik Radler Mango refreshment, a version of a very popular Bahamian beer.  Also offered at the booth was a non-alcoholic beverage, “The Sweetest Mango Tree.” 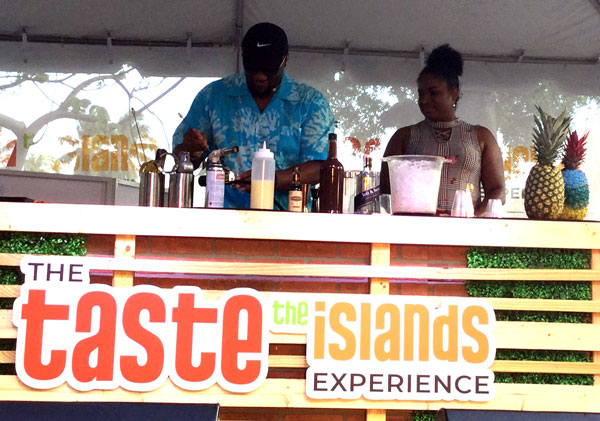 Mixologist Cunningham, who is also known as, “Mr. Mix”, delighted the crowd in attendance by preparing one of his drinks on the demonstration stage of the event.  The drink concocted, a “Smoked Tamarind Chocolate Vodka Sour,” was a big hit.  The main component of the mix was tamarind syrup, made from the fruit tamarind that is found on many Caribbean Islands.

Cunningham detailed to the excited crowd how easy it is to make a simple tamarind syrup.  He said that one would simply mix together one cup of sugar, one cup of water, one cup of tamarind and bring to a boil.  He further shared that tamarind can be found on the Islands, in almost everyone’s yard or backyard, “Your uncle, your grammy, your neighbor.”

The mixologist whose drinks have been described as “stratospheric,” was sponsored by the Bahamas Ministry of Tourism and Aviation, to represent the country of 700 Islands at the event.
The award-winning mixologist is currently employed by the world-famous Atlantis Resort Paradise Island, Bahamas, in their signature night club Aura.  His many achievements include being the gold medalist champion of The Taste of the Caribbean competition for two years in a row, 2015 and 2016; he was the Stolichnaya Regional Mix Master Champion for 2014 and 2015, and again in 2017.   In 2015 he was named the Caribbean Journal’s Travel Awards Bartender of the Year. 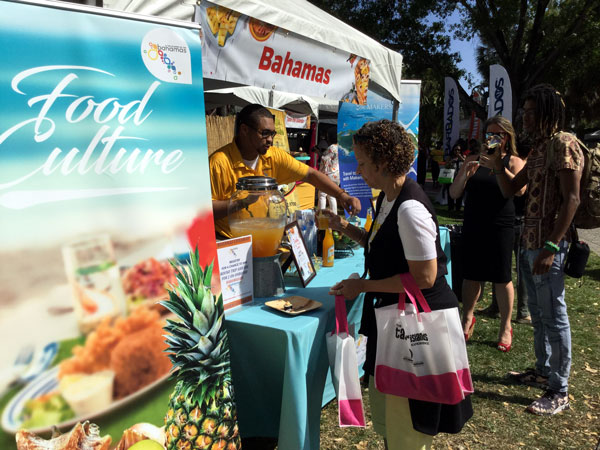 The event over the weekend was the third annual all-inclusive Caribbean culinary event to be put on in Florida by the organization, Island Syndicate.

In addition to food and drink tastings at the booths sponsored by various Caribbean Islands, the event also featured a shopping village, glam and massage studios, live bands and cultural performers. 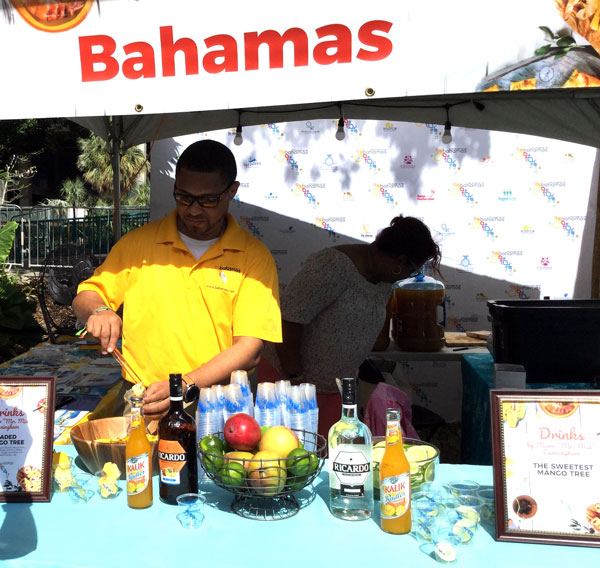 In the Bahamas booth with the mixologist, the Bahamas Tourist Office Florida sales team shared Bahamas information with event attendees.   They also conducted sign-ups for a lucky entrant to win a trip to The Bahamas.  The prize was sponsored by Bahamasair, the country’s flag carrier.

For more information on The Bahamas, visit us at www.bahamas.com.
Posted by Derek Catalano at 12:50 PM