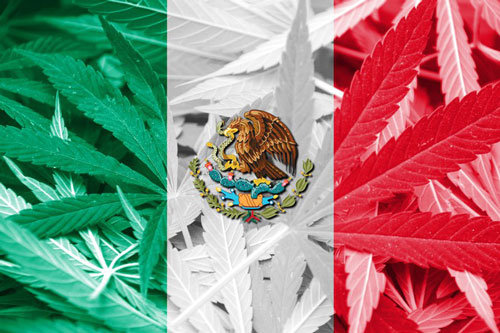 It's only a matter of time before our neighbor to the south becomes the third country worldwide to green-light adult-use cannabis.

Momentum within the marijuana industry is undeniable. Since 1995, we've seen support for broad-based legalization in the U.S. catapult from just 25% to 66% in October 2018, according to Gallup's national poll. We've also gone from having zero U.S. states legalized for medical or recreational purposes in 1995 to 33 states having approved medical marijuana as of today, with 10 also allowing adult consumption.

This same momentum can be seen outside the United States as well. Today, more than 40 countries worldwide have given the green light to medical cannabis, with two -- Canada and Uruguay -- allowing the recreational sale of the drug. In fact, Canada's landmark legalization in 2018 marked the first time an industrialized country had fully legalized weed.

The big question always seems to be, which country is next?

According to online cannabis publication Marijuana Moment, the answer is pretty obvious: Mexico.  Read more >>
Posted by Anthony Derek Catalano at 5:22 AM