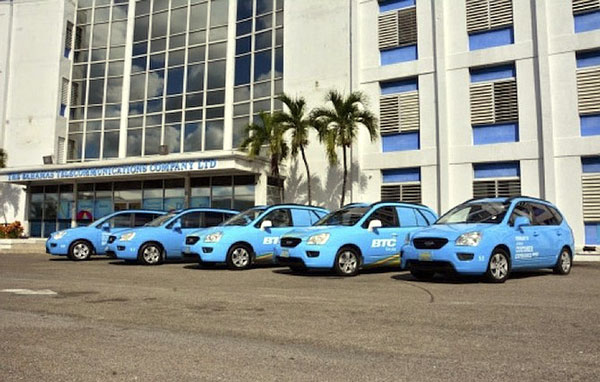 The Bahamas Telecommunications Company's (BTC) owner yesterday said its mobile subscriber loss "will bottom out in 2019" after another 12,400 customers exited in this year's third quarter.

Balan Nair, Liberty Latin America's (LiLAC) chief executive, told financial analysts that while this point was getting "closer and closer", BTC was "not there yet" in terms of stemming the bleeding of subscribers to its upstart mobile rival, Aliv.

He downplayed, though, the continued erosion of BTC's mobile market share as "natural" for a newly-liberalised market such as The Bahamas where the former state-owned incumbent had enjoyed a 16-year monopoly.  Read more >>
Posted by Anthony Derek Catalano at 4:36 AM