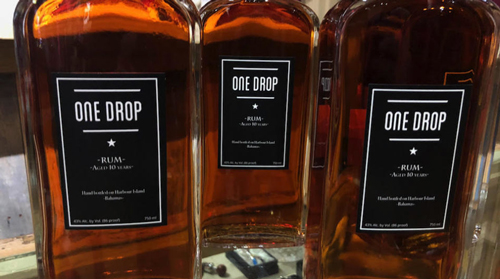 When it made its debut four years ago, Harbour Island’s Afrohead rum sent a shockwave through the industry.

Its superb design — and its drinkability — were a refreshing addition to the Caribbean’s rum offering.

It was bold, it was cool — and, unlike so many rum launches in recent years – it wasn’t trite or cheesy.

It was just what the rum industry needed — and still needs more of — a reminder to consumers that this is a sophisticated, premium spirit — not simply a mundane mixing partner for Coca-Cola.

Now, the man behind Afrohead, master blender Toby Tyler, has launched his newest project — and it’s another important new rum.

This is One Drop Rum, a rum hand-bottled in Harbour Island in The Bahamas that is a blend of 10- and 12-year-old Jamaican rum.  Read more >>
Posted by Anthony Derek Catalano at 5:59 AM