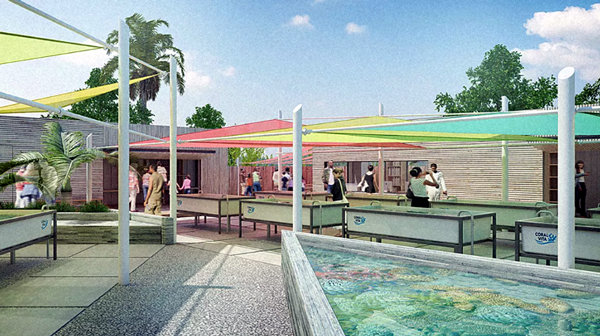 Coral Vita wants to save our reefs, by growing new ones on land. [Image: Coral Vita]

A short drive outside the city of Freeport in the Bahamas, next to a wide canal that leads directly to beaches, the world’s first land-based commercial coral farm will soon begin construction. Inside tanks, the startup Coral Vita plans to grow coral faster than it grows in the ocean, and then begin rebuilding struggling reefs in the area.

To date, coral restoration–the process of installing healthy corals to revive degraded reefs–has happened at a small scale, primarily with nonprofits and academic research institutes. The new farm, which will work closely with those organizations, is an experiment in a new approach that could be replicated globally. “The traditional grant-funded, small-scale model, while it’s doing amazing work around the world in localized settings, isn’t scalable for the threat of 90% of reefs dead by 2050,” says Sam Teicher, who cofounded the company with fellow Yale School of Forestry and Environmental Studies graduate Gator Halpern.  Read more >>
Posted by Anthony Derek Catalano at 6:04 AM