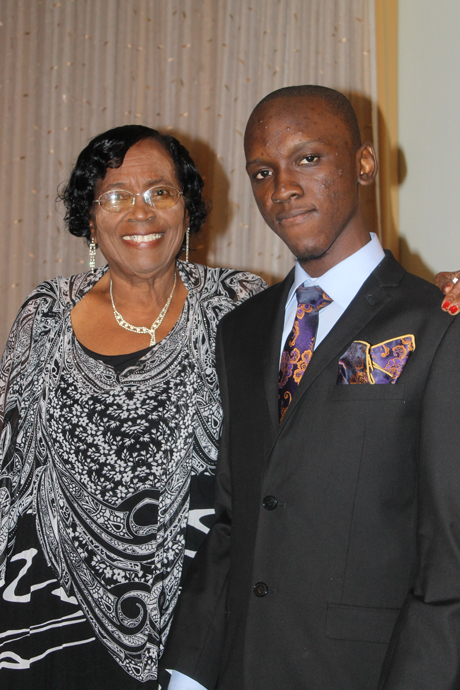 Grace and Peace Wesleyan Church has awarded Vantorn Farrington with its inaugural Reverend Henley B. Perry Memorial Scholarship in the amount of $1,000.

Vantorn, who is studying towards a diploma in Information Technology Support Specialist at The Bahamas Technical and Vocational Institute (BTVI),  must maintain at least a 2.5 grade point average (GPA).

The scholarship was awarded during a banquet at the Hilton Hotel in honour of the church’s recent 20th anniversary celebrations.  The annual award is granted based on need and merit, and is designed to assist with tuition or tools and equipment.

Vantorn said words could not express his gratitude to those who made the opportunity possible.

“From the great Henley B. Perry, who remains steadfast even in death by providing his riches to try and make a path for the ones that stand here, to the attendees of the Grace and Peace Wesleyan Church who had all amalgamated to try and make this happen, with the sacrifices made and the hopes entrusted within me, I feel great certainty that this will not be for naught,” said the young man.

Vantorn added that IT was his passion from a young age when he tinkered with several programs as a means of getting a basic grasp of the field.

“I didn't have the full opportunity to expand my knowledge in regards to it since its teachings are seldom accessible freely on the internet, (but) I had already understood enough to know something else - I wanted to understand more,” he said during his acceptance speech.

“Prior to the opportunity that bestowed itself upon me here, I was at an impasse on what to do, due to the state in which my family was in. My father and mother had split, money was tight, and the only form of financial reliance that I had at the time was my grandparents, which only could have lasted so long,” he disclosed. 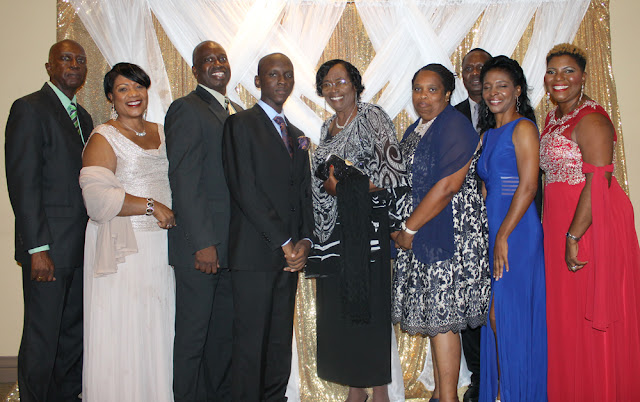 According to the scholarship committee, a recipient may apply the following year if a need persists, and as long as he or she maintains the required grade point average. According to the scholarship committee, the amount might increase in successive years, based on the intake from fundraising activities leading up to the church’s anniversary celebrations.

The committee said via a statement that providing the scholarship was one of the highlights of the celebrations.

“It is upon Reverend Perry’s self-sacrificial labour of love that we now continue to build. We cannot acknowledge 20 years of ministry for Grace and Peace Wesleyan Church without paying fitting tribute to this spiritual giant who epitomized servant leadership and along with his wife Alma, had a keen interest in the education of our nation’s youth,” according to the committee.

While the memorial scholarship’s establishment will serve to ensure recognition of Reverend Perry’s legacy, it also serves as a testimony of the church’s social outreach commitment.

Reverend Perry’s widow, Alma, said the philanthropic undertaking is a heartwarming gesture to honour her husband who passed away in February 2015. She expressed gratitude to all who assisted in making the scholarship possible.

“I am excited to see a religious body take up the mantle and support the development of the whole man. We have had many fraternities, service groups, individuals and companies step forward to partner with us on our journey to help students ‘Learn Grow and Achieve,’ but Grace and Peace Wesleyan has started something very special. I invite all other congregations to follow their example and to impact a life today,” said Ms. Thompson.