CARICOM calls for marijuana to be treated the same as alcohol 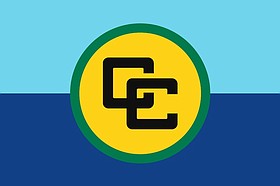 A CARICOM report calling for an end to the prohibition of marijuana for the entire region is up for discussion in Cabinet today, according to Prime Minister Dr Hubert Minnis.

According to Jamaican news agency the Gleaner, the Regional Marijuana Commission (RMC) report argues that a strictly regulated framework for marijuana, akin to that for alcohol and tobacco, should be introduced.

It said there was a unanimous view that the current classification for cannabis/marijuana as a dangerous drug with no value or narcotic should be changed to a classification of legal cannabis as a “controlled” substance.  Read more >>
Posted by Derek Catalano at 4:45 AM